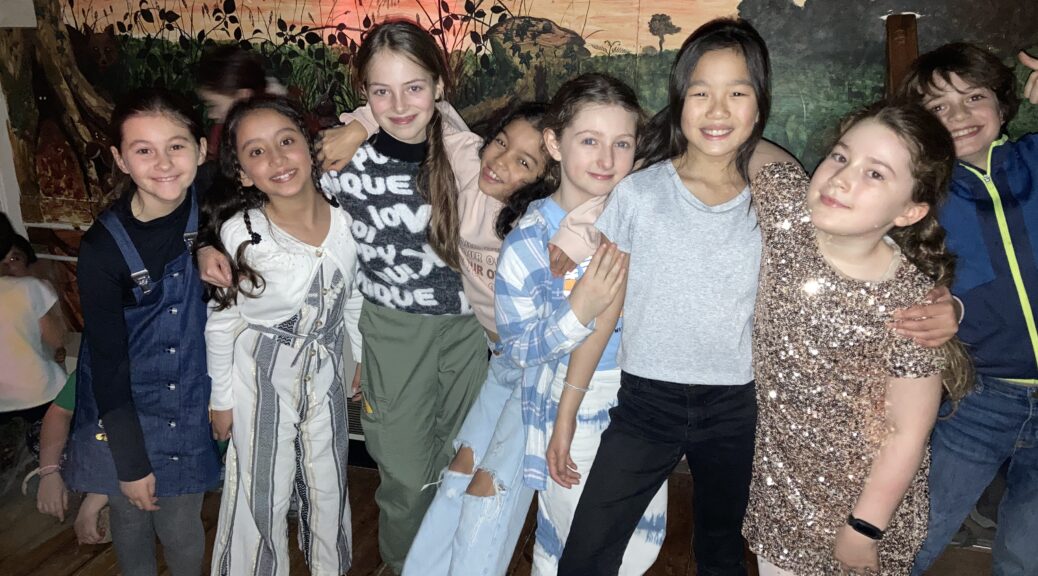 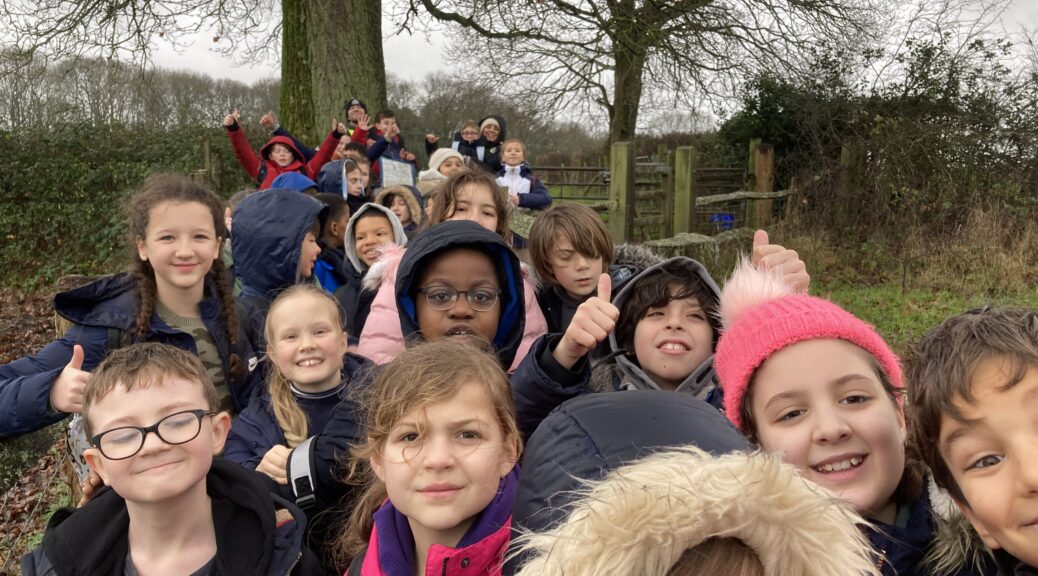 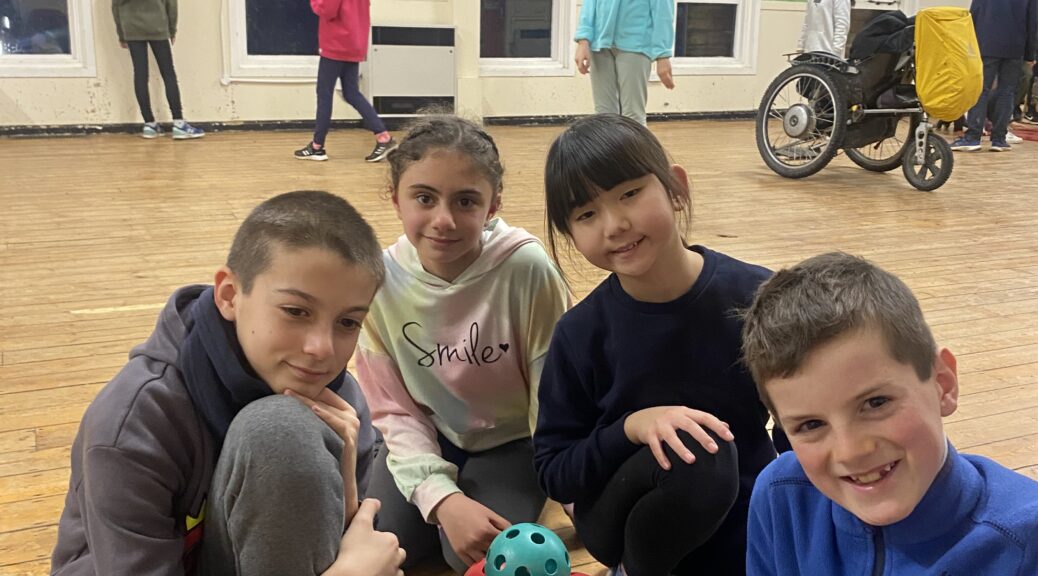 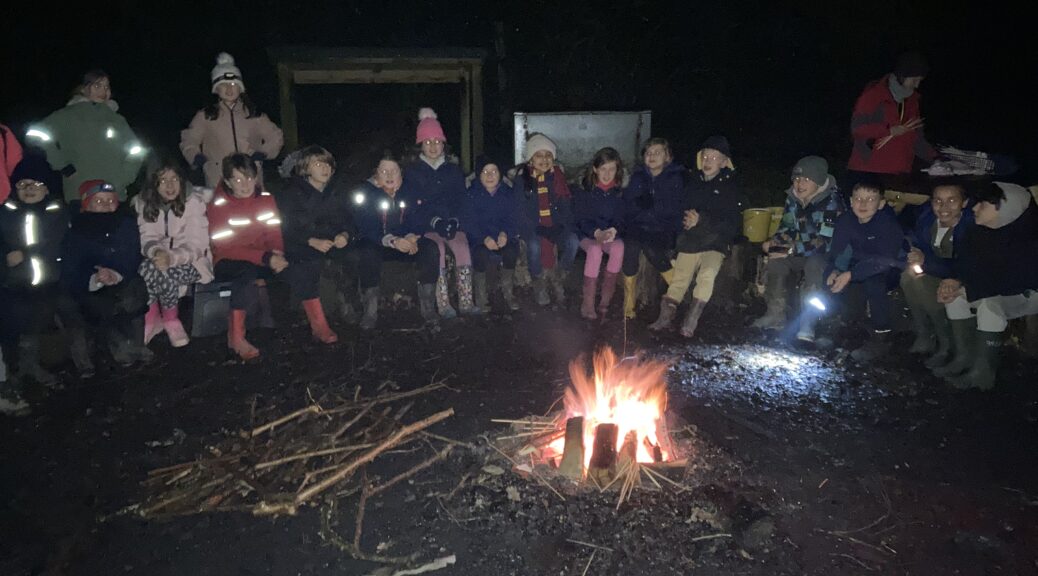 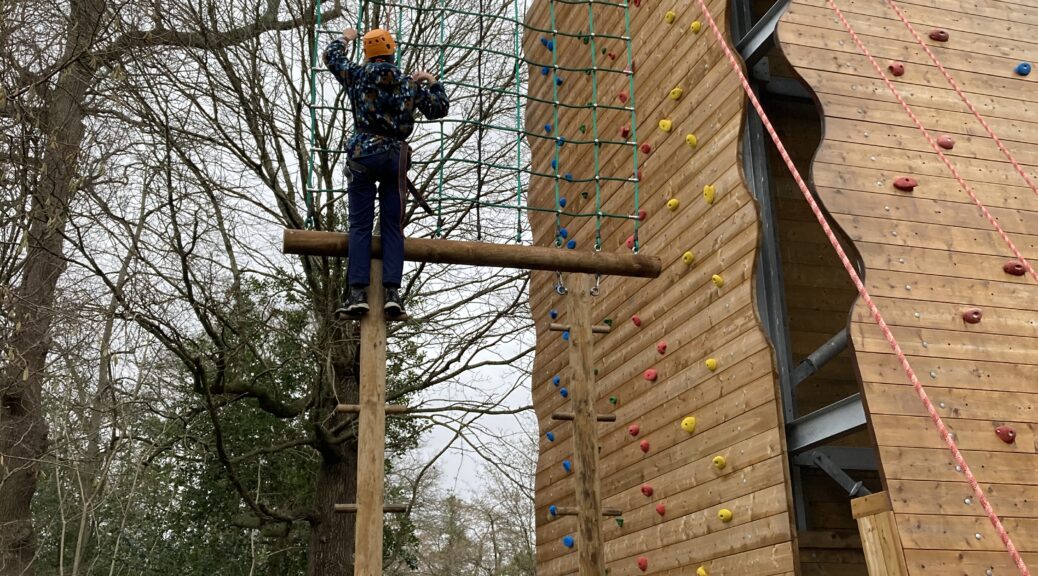 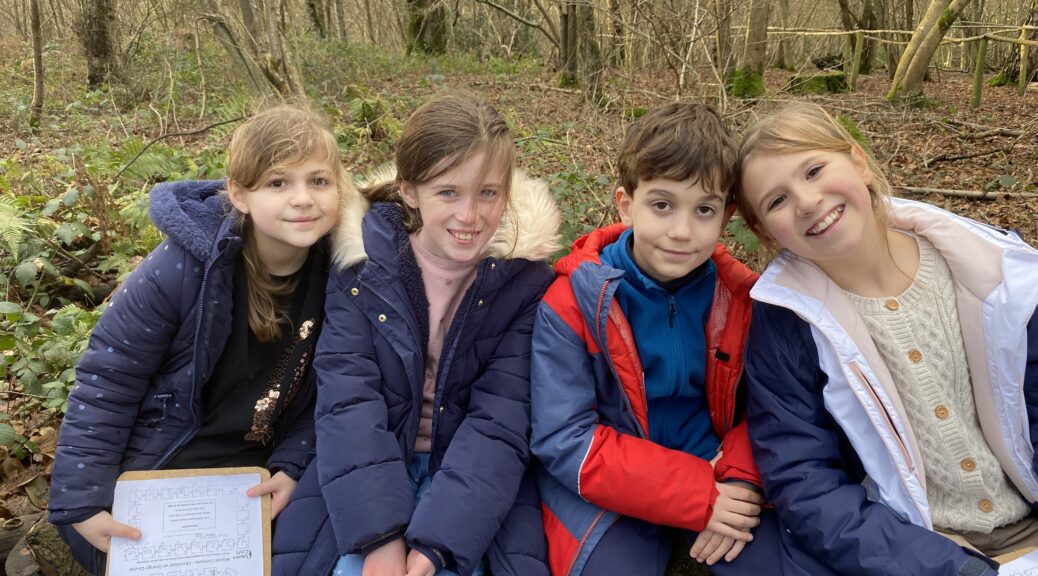 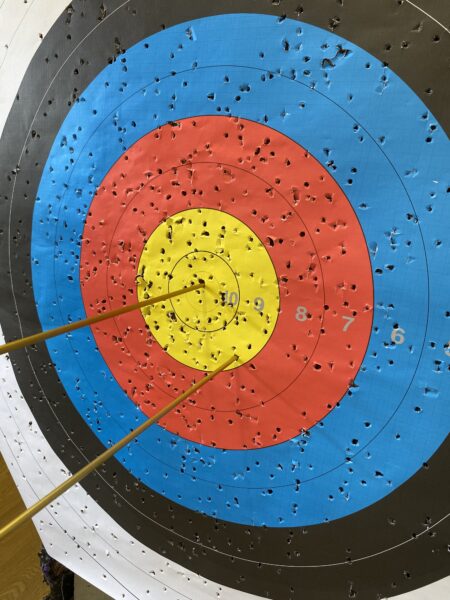 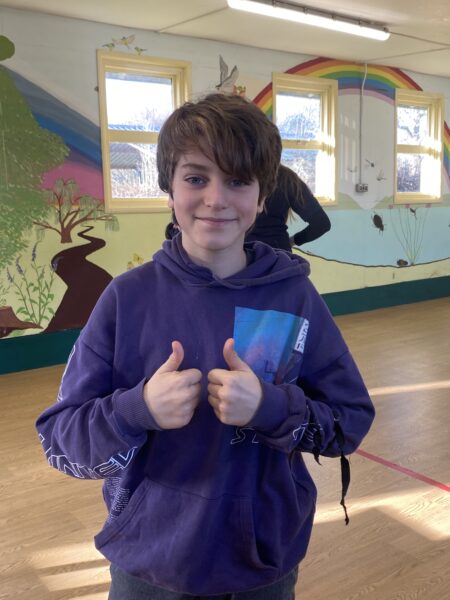 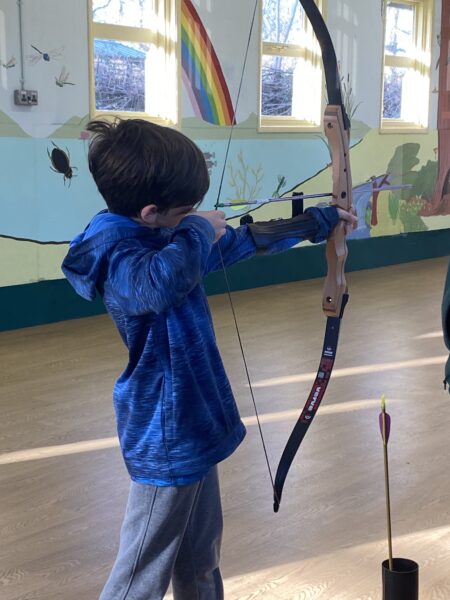 We went to archery and it was really really fun!

MB and LM hit the bullseye which was very nice and then everyone clapped and it was a bit embarrassing!

By LM and MB

This was us in archery.

We were playing a game where we had to hit a colour, and depending on what colour we got, we were told three different things and we put them together and then it told us something.

I got to go to Spain! I had to hop but I got to stay there for a week! 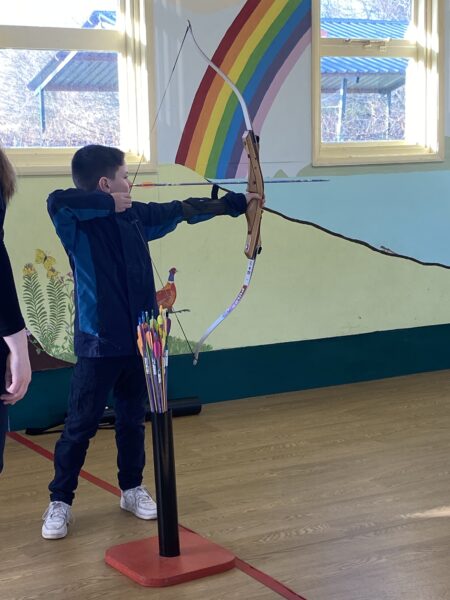 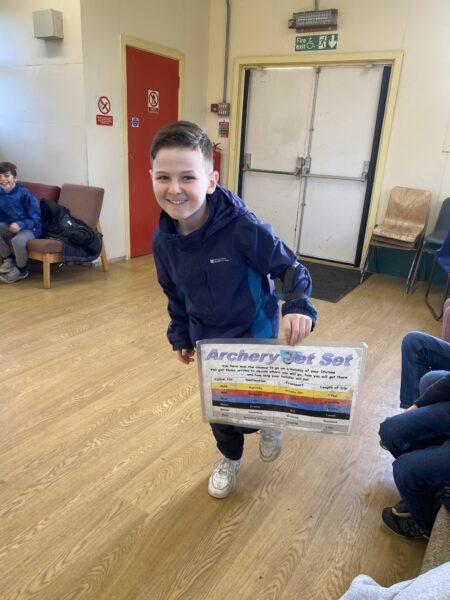 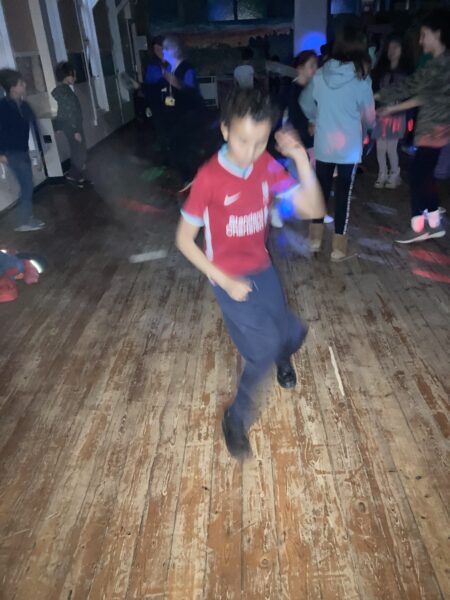 I was dancing and was listening to the songs, it was amazing! And I did GREAT. The songs were all good and so was the disco! Everyone loved it! 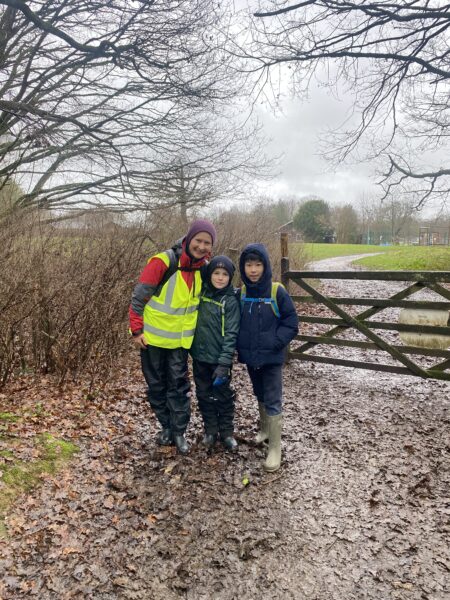 On Thursday we crossed the gate to leave Sayers Croft and go to Pitch Hill! Then we were at the farm which was very muddy. Then we went into a road and we were very close to pitch hill, so we continued and arrived at there and we ate our packed lunch. 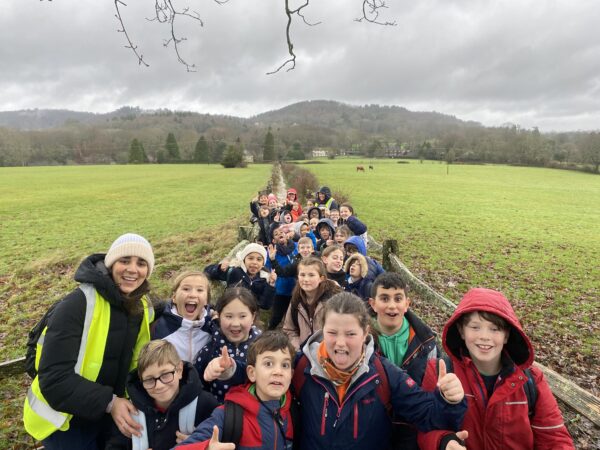 It’s been nice going up a hill. I didn’t fall in the mud so I didn’t bath like the others! Up the hill the sight was foggy but I thought it worth the time going up! It was fun going down and something epic happened – one of the girls saved me from bathing I held on to her while she had to hold on to the fence! I will remember her as the  girl who saved a man from taking a bath 👍

Pitch hill was very tiring but it was good for the view and we were in the clouds – it was so cool! It took us about two hours, then we got there and after lunch we had to go the other way. It was very dangerous but cool 😎 and we got very muddy! 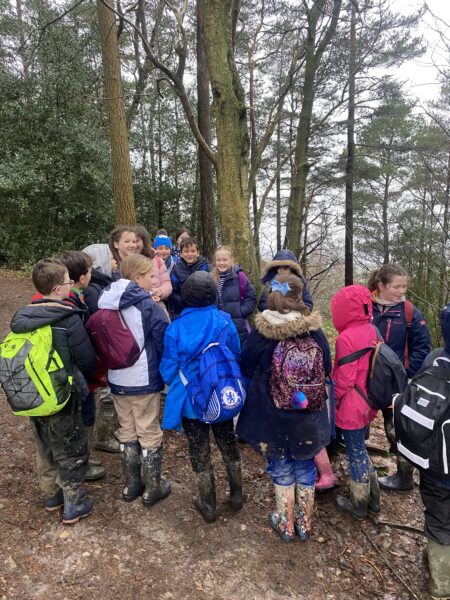 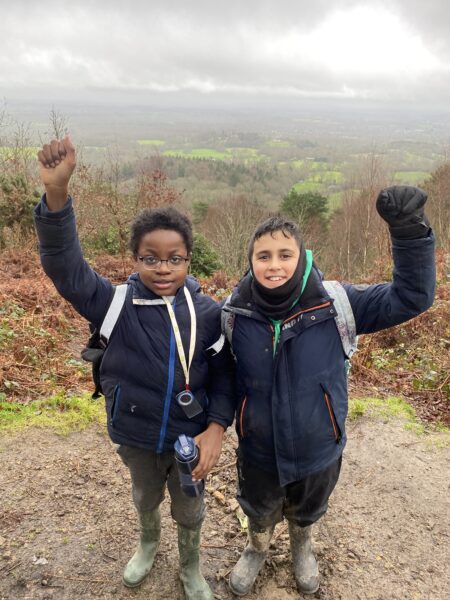 Today I went to pitch hill and I got muddy because I fell into the mud! We got to the top of the hill and then we had lunchtime and I had a delicious sandwich 🥪!

Today we went to Pitch hill it was fun. On the way back we saw a strange log with a face it was made of mushrooms. After, we did a shower of leaves! Our hands got dirty but we didn’t mind. I really enjoyed it. A-L 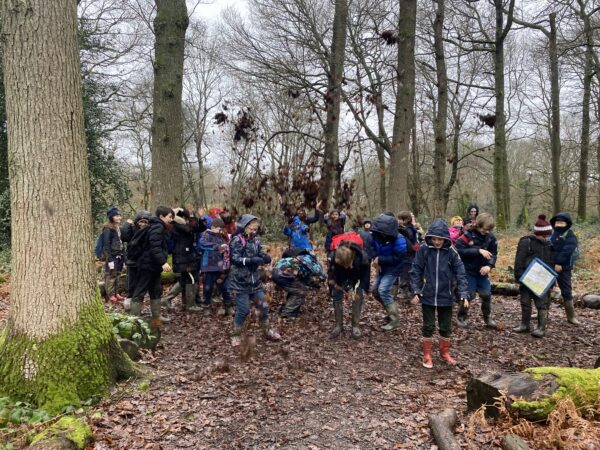 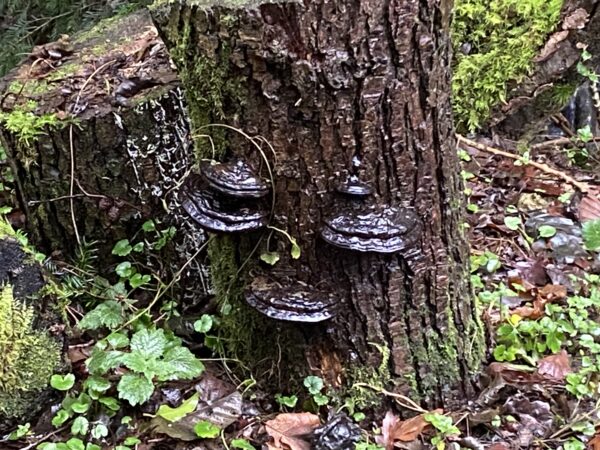 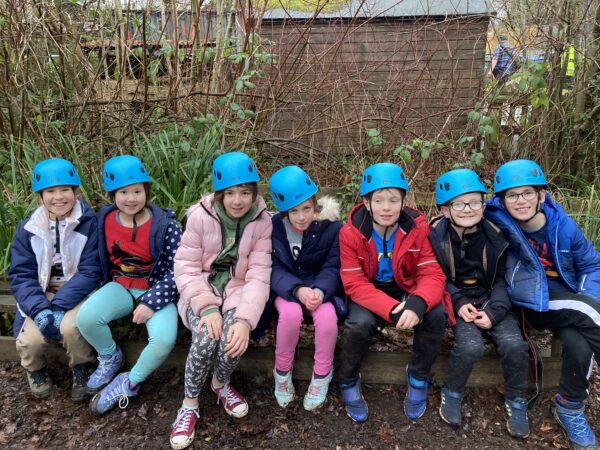 Today, we went climbing. We did a course where we had a harness that went around our legs. Some of the things were a skateboard,  a climbing wall with foot holds and hand holds and a massive green net that we had to get through. After the net, at the end there was a zip-line, which was probably the most exciting bit, although all of it was fun.

After that, we did the gladiator challenge where we had to climb as high as we could, and I reached the top. We put on orange or blue helmets and that put us into two teams – the blue team and the orange team. The people who weren’t climbing pulled the rope for the climber, so we were in charge of the climber’s safety. The person at the end had to make sure that the rope did not go into the mud, and put it in a red tray.  When the person wanted to go down, the person in charge would lower them down with a small black leaver, and we would have to feed the rope in.

As everyone had done both things by then, as we had split into two groups at the beginning, we were allowed to do bouldering across the building, and we were warned that there was an overhang on the inside. There was nothing to attach us to the wall so we stayed near the bottom of the line and went round twice, but then the time was up and we had a to go.